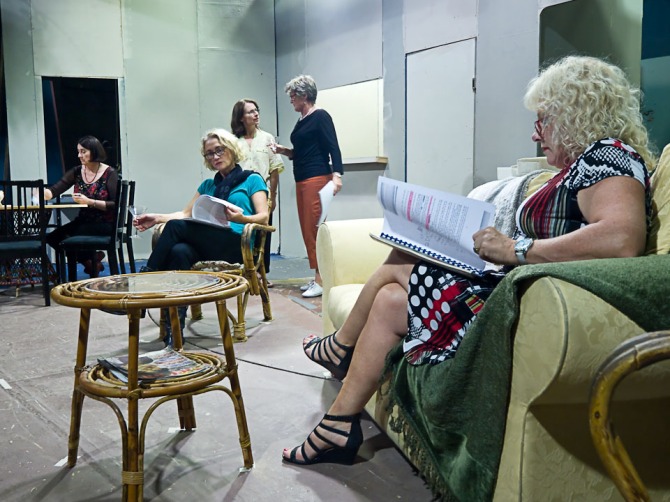 The Dixie Swim Club is the story of five unforgettable Southern American women whose friendship began years ago on their college swim team. ……Another five extraordinary woman step onto the stage at the Heidelberg Theatre and put it all on the line to reveal their story.

Given a schedule to scare the daylights out of most of us, the actors hit the scripts early, then onto the partly constructed set to pull it all together. In just a few short weeks these seriously committed performers knock the rough edges off rehearsals, to deliver a heartfelt performance.

The magic of enduring friendship